Hi, Chris's husband Steve here, bumping in because Chris hasn't posted in a while. (She's currently working on a three-book mystery contract for Berkley Prime Crime, so at least she now has an excuse). I originally did this post for my own blog, but decided that since it concerned Chris, I'd make it here too.

A while back I started collecting recent covers from books in which Chris and I were published and combined them into a single graphic to use as a backdrop for our oft-neglected web-page. I realized today that I hadn't updated it in a long time, so I wasted several hours this afternoon tracking down covers (new ones, and old ones that I hadn't included before), resizing, and editing them in.

This is what I came up with. It still isn't complete. For example, I can think of at least four anthologies that aren't included (with several more coming before the year is out), plus a computer game (yeah, there are already two computer games in the grid that I wrote for), and a non-fiction book. I'll add another row later this year if I think of it.

It's been my experience that if you write and publish enough, you quickly start to forget things that you did, even if they were only a few years ago. Having an "at a glance" cover gallery like this is a bit of an ego booster, and a reminder on the hard days that you have accomplished something.

(Now that I've posted this, I look over and see the cover for "Fantasy Gone Wrong," which I didn't include. So make that five anthologies. However, I also noticed that I had "Transformers Legends" in there twice, so I edited things so "Fantasy Gone Wrong" is in its place. Fix!)

Where's A Touch of Death??

Okay, I goofed. I think I missed an anthology or two as well. It's all completely outdated now anyway. I'll have to do another pass when we get covers for some of the anthologies coming out soon.

Sharon Wood said...
This comment has been removed by the author.
10:37 PM 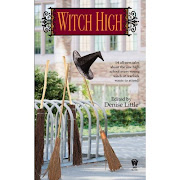 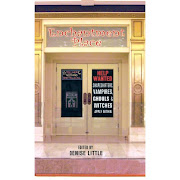 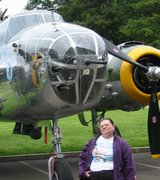 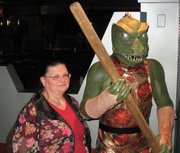